There’s one reason you can’t watch YouTube in 4K on iPhone and iPad – the lack of the VP9 codec. Unlike other tech industries, YouTube chose VP9 over HEVC. The reason? No one knows exactly. To complicate matters, Apple doesn’t want to support codecs even though hundreds of millions watch YouTube on its device.

With iOS 14 and iPadOS 14, however, that has changed. Apple has finally added the VP9 codec to its mobile platform, which means you can now view YouTube videos in 4K on iPhone and iPad.

Before you watch YouTube in 4K on your iPhone or iPad, you’ll need to install iOS 14 or iPadOS 14. Since the stable release of iOS 14 and iPadOS 14 isn’t out yet, I’m using the public beta on my iPhone and iPad. You can also enroll in the Public Beta program, but be careful with stability issues.

Suppose you’re reading this post at the end of September or early October 2020. In that case, you shouldn’t have any problems updating to a stable version of iOS 14 or iPadOS 14 – head to Settings> General> Software Update to do that. 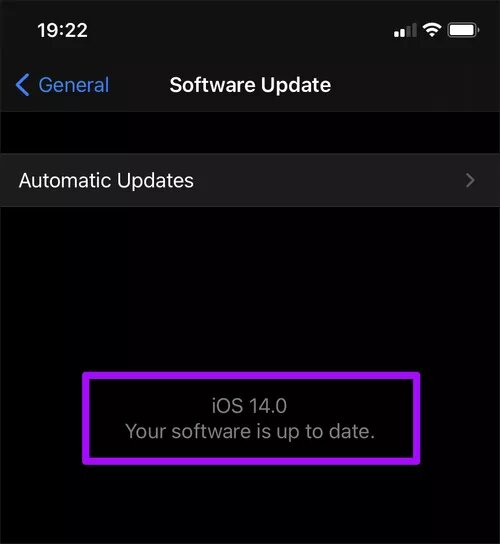 You’ll also need the latest version of YouTube – open the App Store, search for YouTube, and tap Update if a new update is listed. Then, you’re set to watch YouTube in 4K on your iPhone or iPad.

If you’re running iOS 14 or iPadOS 14 Public Beta, you may not be able to watch YouTube videos in 4K on certain iPhone or iPad models. For example, I was able to watch in 4K on the iPhone XR and iPad Pro 12.9 (4th generation), but not on the iPad Air 2. Expect most iOS 14 and iPadOS 14 compatible devices to support YouTube in 4K once the stable release hits the shelves.

After you upgrade to iOS 14 or iPadOS 14 and install the latest version of the YouTube app, start playing 4K videos. If you just want to give the feature a try, check out this 4K video here.

Follow up by tapping the three dots icon (vertical ellipsis) to the top right corner of the video panel. 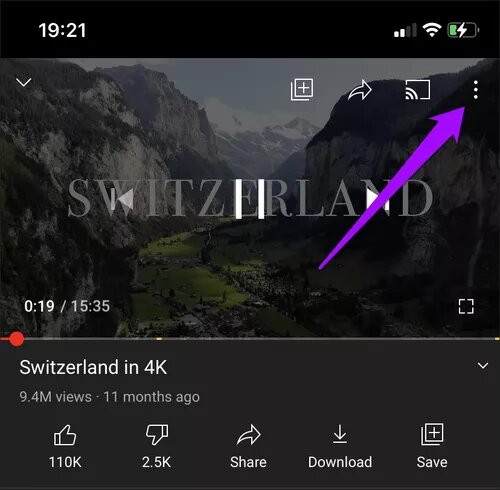 On the menu that appears, tap Quality. 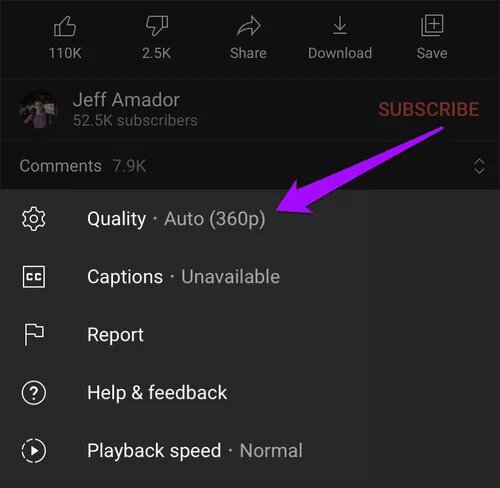 Then, choose 2160p or 2160p60. It will ask the YouTube app to load the video in 4K. Give it a few seconds to adjust the video feed to the relevant quality setting. 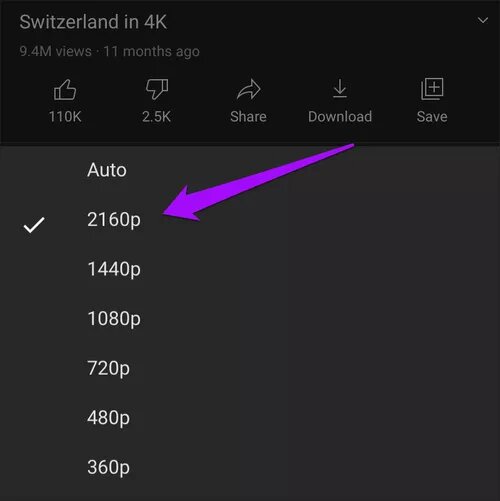 So, what does it mean to watch YouTube in 4K on iPhone and iPad? For starters, you won’t get the complete 4K experience as none of the current iPhone and iPad displays support the full 4K resolution of 3840 × 2160 pixels. So, the YouTube app will scale the video to fit the resolution on your device.

For example, my iPhone XR with a 1792 x 828 screen doesn’t show a noticeable difference in quality when switching between 1080p and 2160p. It’s no surprise that this device isn’t capable of displaying videos in full 1080p! Technically, I still run into fewer artifacts due to the increase in bit rate in 4K video, although in practice it is indistinguishable. 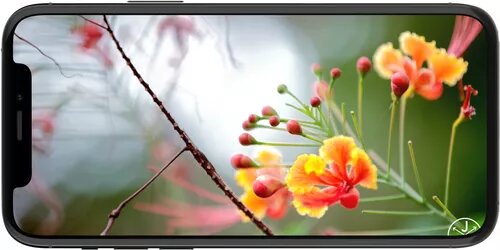 YouTube in 4K also has to play a lesser factor on iPhones with resolutions over 1080p (like the iPhone 11 Pro Max with a 2688 x 1242 screen) because the smaller smartphone screen sizes don’t convey a big jump in video quality well.

However, watching YouTube in 4K is a game changer on my iPad Pro 12.9 4th generation. Although the resolution is limited to 2732 x 2048, a larger screen size indicates a significant improvement in visual quality. 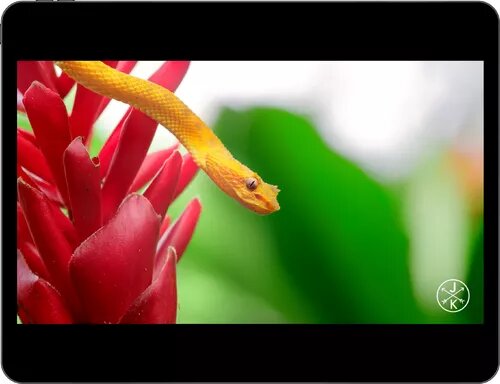 Apart from the screen size and resolution conundrums, there are also obvious issues with bandwidth to consider. Streaming at 4K can consume twice as much bandwidth as 1080p video. On most iPhones where you can barely tell the difference, it’s a waste of data.

Additionally, there are potential issues with battery life that need to be considered. While I don’t know very well with the iOS 14 and iPadOS 14 beta, streaming at 4K should allow for deteriorating battery life due to additional processing demands. The VP9 codec, unlike the HEVC codec, is also not optimized for iPhone and iPad, and that could further contribute to the problem.

If you have an iPad, especially one with a giant 11-12.9-inch screen, watching YouTube in 4K makes a lot of sense. On the iPhone, not so much, because it’s often impossible to see an upgrade. But of course, don’t let me stop you from trying!

That said, you can also stream YouTube in 4K on Mac (via Safari) and Apple TV if you’ve installed macOS Big Sur or tvOS 14. Don’t forget to give it a try. 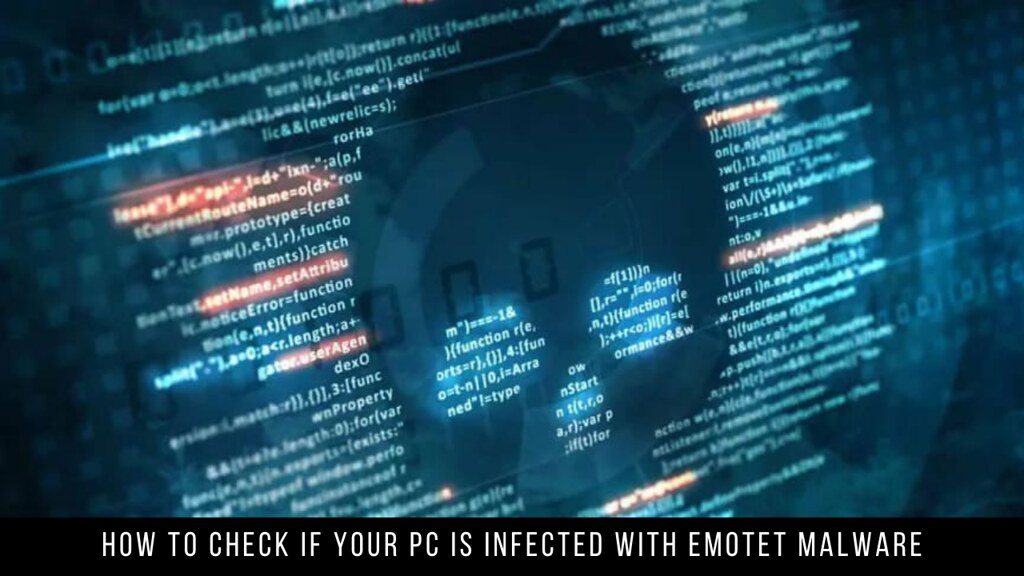 How to check if your PC is infected with Emotet malware 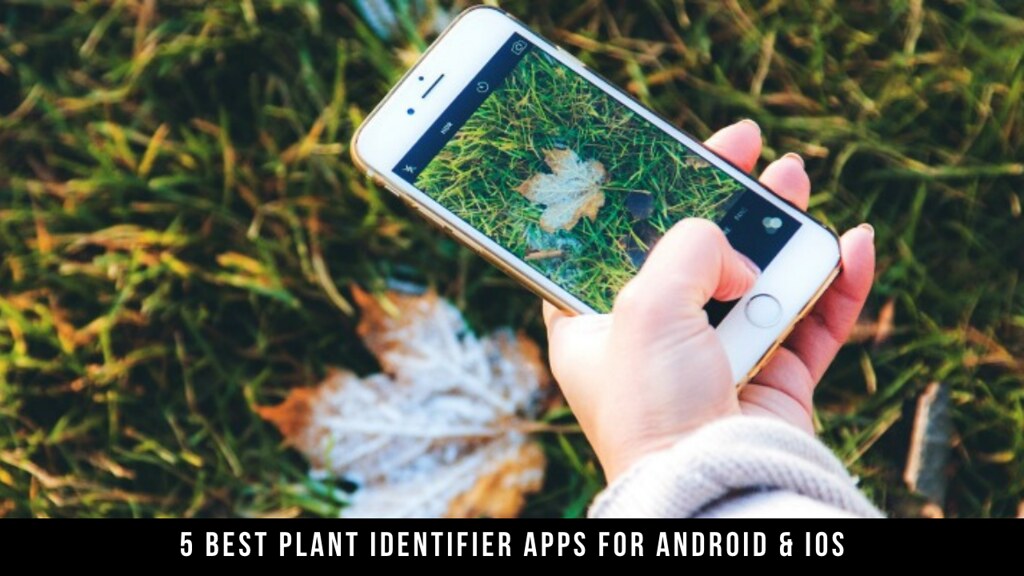 How to Run Windows Apps on an Apple Macintosh

How to Add to & Edit Sharing Menu Options on iPhone & iPad

How to take off Apple Watch with or without iPhone

How to Enable or Disable Battery Health Management on your Mac

How to Disable Face ID on App Store Purchases

How to Fix iPhone Stuck on Charging Screen

How to Move iPhone Apps From the Home Screen to the Application...

How to Check AirPods Battery Life from Control Center on iPhone &...

How to Send Faxes Without a Fax...

How to Add Customizable Multitasking Sidebar on...

10 Free Games For Couples On Android

How to Get Data Breach Alerts from...

5 Apps To Fix Speaker Clogging On...

How to Reverse Photo in Word, Apple...

How to Create Email Groups in Gmail

How to edit images in Google Photos...

How to Move iPhone Apps From the...